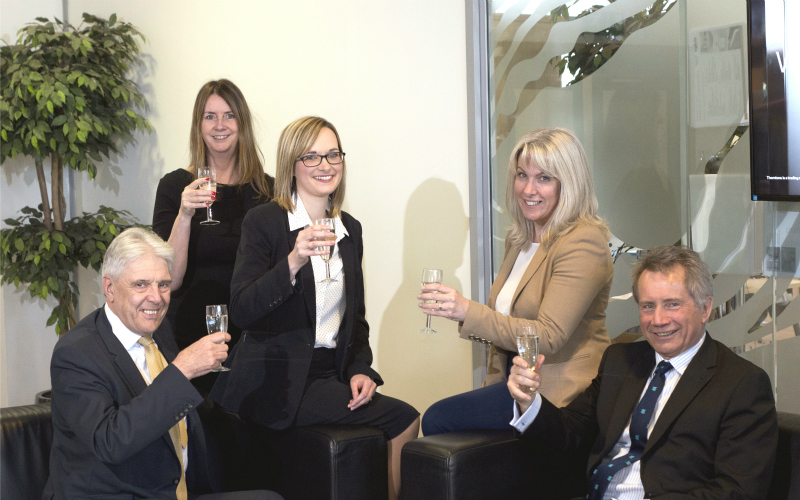 Ronnie started his career with Cantley and Caithness when it was a three partner firm with staff of around a dozen. The firm later merged with Murray Donald in 1999 and later Thorntons in 2014.

“After studying at Edinburgh University, I fell in love with St Andrews and never looked back,” said Ronnie.

“Throughout my career I’ve provided a full range of legal work and until the late 90s I was the only St Andrews Solicitor to appear regularly in Cupar Sheriff Court. I later specialised in family law and became the Secretary to the Fife Valuation Appeal Committee in 2004.

“I appeared regularly at the Fife Licensing Committee and handled in excess of 30 Houses for Multiple Occupancy cases over a five year period and never lost one!

“I’ve enjoyed a fulfilled career in legal services and look forward to spending time on the golf course during my retirement.”

Douglas Kinnear, Partner at Thorntons, said: “Ronnie will be much missed but leaves behind a highly skilled team where clients will be in safe hands. We would like to wish him a very happy and well deserved retirement.”