Simultaneous deaths: who inherits in the case of a common calamity?

Posted on Aug 29, 2019 in Private Client by Lynne Hopkins

While dealing with the death of a loved one is never easy, the death of two or more loved ones at the same time can be particularly traumatic for those left behind. Where spouses, civil partners, relatives or even close friends pass away at the same time, the question of who inherits their assets may arise, in the absence of valid Wills.

The recent High Court case of The Estate of John William Scarle v The Estate of Marjorie Ann Scarle demonstrated the difficulty in answering the ‘who inherits’ question in England. Mr Scarle (aged 79) and Mrs Scarle (aged 69) were an elderly couple living in Essex when they were tragically found deceased in their home on 11 October 2016.

The couple had no children together, but they were both survived by children from previous marriages. They owned their £300,000 property as joint tenants and had a bank account with £18,000 deposited in it at the time of their deaths. Under English law, the spouse who passed away last would be entitled to all of the jointly owned assets. The question therefore arose: who inherits the jointly owned assets?

The crux of this case was whether or not it could be determined if one spouse died before the other. If this could be determined, then the jointly owned assets would pass to those entitled to inherit from the estate of the spouse who was deemed as last to pass away. If it could not be determined, then section 184 of the Law of Property Act 1925 would be applied. Under section 184, the younger is presumed to have survived the elder, and therefore those entitled to inherit from the younger spouse’s estate would inherit the jointly owned assets.

While in previous years the Scottish position on simultaneous death has closely reflected the English position, since the Succession (Scotland) Act 2016 came into force, the Scottish stance on the matter has diverged.

Under section 9 of the Succession (Scotland) Act 2016, when two people die in circumstances where it cannot be determined who died first, both are considered to have failed to survive the other. Therefore, if the above case took place in Scotland, both Mr and Mrs Scarles’ individual estates would pass to those entitled to their estates, as if the other had predeceased them.

While the Scottish provision on simultaneous deaths is clear and fair, the topic does raise questions regarding children’s inheritance in modern society. Second marriages are now commonplace and it is not unusual for couples to have children from previous relationships. Many couples do not think past leaving their estate to their current spouse or civil partner. However, while there are tax advantages to this type of arrangement, it may cause disputes later down the line. The dispute that arose between Mr and Mrs Scarle’s daughters left the former reportedly facing having to pay £179,000 in legal fees.

It is now becoming more common that couples in second marriages choose to leave their assets in liferent to each other. Including a liferent provision in your will allows your spouse or civil partner to use and enjoy the assets in their lifetime, but upon their death, the assets will pass to your ultimate beneficiaries, usually your children.

Undoubtedly the best way to avoid disputes after your death is to put a valid will in place, which accurately reflects your wishes, ensuring the right people inherit the right assets at the right time.

Lynne Hopkins is a solicitor in our Private Client department. If you have any questions about making or updating a Will, or dealing with an Estate when there is now Will in place, please contact Lynne on 03330 430150, email lhopkins@thorntons-law.co.uk, or alternatively contact a member of our Private Client team 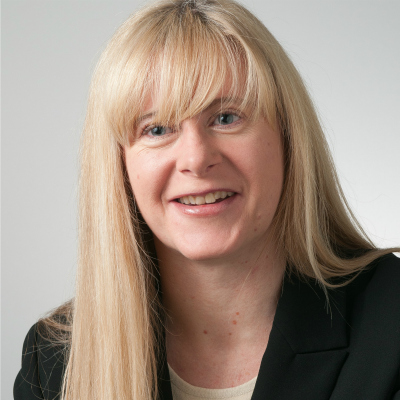 Wills and Will Writing Executry and Estates