Johnson and Johnson ordered to pay $417 million in compensation

Posted on Aug 27, 2017 in Personal Injury by Michelle Adam

A Californian woman has won a legal battle against the pharmaceutical giant, Johnson and Johnson after arguing that using the company’s baby powder caused her to develop terminal ovarian cancer.

The verdict was delivered by the Los Angeles Superior Court. The claimant, Eva Echeverria, was awarded $70 million in compensatory damages and $347 million in punitive damages.

Ms Echevarria claimed that 40 years of using the baby powder for feminine hygiene purposes had resulted in her diagnosis. The cancer has since spread to Ms Echevarria’s kidneys and she was too ill to attend the court.

Ms Echevarria’s lawyer, Mark Robinson, argued that Johnson and Johnson had encouraged female customers to continue using baby powder for feminine hygiene purposes despite the fact that there was a known link with ovarian cancer.

The scientific evidence isn’t conclusive. In its natural form, some talc may contain asbestos (which is known to cause cancer), however, modern domestic talc has been free of asbestos since 1970s. The International Agency for Research on Cancer classifies genital use of talc as "possibly carcinogenic".

This case isn’t the first of its type. The present case followed five in the Missouri State Court, of which Johnson and Johnson lost four. There are estimated to be a further 4,800 similar claims across the USA and Johnson and Johnson have to date been ordered to pay more than $300 million after the jury verdicts in Missouri. Ms Echevvaria’s award is the largest award to date in these cases.

Could similar cases arise in Scotland?

An important difference in personal injury law in the USA and in Scotland is that Scotland does not allow punitive damages to be awarded.

Punitive damages are intended to punish the party at fault and effect retribution. They are also designed to deter the party from acting in a similar way in the future, and discourage others from acting in such a way.

In Scotland an award of damages is compensatory in nature. It is designed to put the victim and the family in the position they would have been in had the accident not happened, as far as money can do so.

For this reason, if a similar Johnson and Johnson case were to arise in Scotland, the claimant would get a far smaller sum than Ms Echevvaria did in the USA. A Scottish claimant would be awarded compensation based on their loss as a result of the negligence, not as a way to punish the other party.

It is unlikely that such an eye wateringly high sum of money would be awarded in a personal injury case in Scotland. Nevertheless, it is important that appropriate redress is available for victims who have suffered injury or illness due to the wrongful actions of another. The Scottish system of personal injury compensation strikes a good balance between delivering this redress and not punishing the other party – after all, it’s not a criminal trial.

Michelle Adam is a Partner in our specialist Personal Injury team. For further information, please contact Michelle on 0131 225 8705 or email madam@thorntons-law.co.uk, alternatively contact a member of the Personal Injury team on 0800 731 8434 or via who will be pleased to assist further. 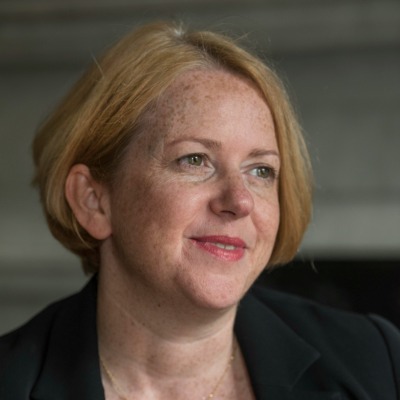 No Win No Fee

Previous Article
Dying without a Will v having ... Next Article
CICA and false claims - a rock...
See all Personal Injury articles